One square kilometer of Museum Walhalla

Five renowned museums huddle together on the Museum Island in Berlin: the Altes Museum, the Alte Nationalgalerie, the Neues Museum, the Pergamonmuseum and the Bode-Museum. After the German reunification, the art collection of Staatliche Museen zu Berlin (Berlin State Museums) was brought together in the museums on the island. The collections consist of art and historically important objects and artefacts. The Museum Island is a truly unique spot in Berlin and should be high on your Berlin what-to-see-first list. The Berlin Museum Island Card saves you both time and money. What’s more, this museum card also allows fast track entry.

Which museums can you visit?

With almost one million visitors annually, the Pergamon Museum is the most visited museum of Germany. The museum is home to the artefacts which were excavated in the 19th century at Pergamon in Asia Minor. The museum consists of three wings housing the Antiquity Collection, the Islamic Art Museum, and the Middle East Museum. Highlights are: the Ishtar gate of Babylon, the Roman Market Gate of Miletus and the Pergamon Altar.

The Alte Nationalgalerie is housed in an imposing neo-classicist building on Museum Island in Berlin. The collection ranges from classicism to romanticism, mainly nineteenth-century German paintings and sculptures.

The Neues Museum in Berlin showcases Egyptian art and brings together artefacts from three collections: Egyptian Museum, Early History and Pre-History and Schliemann’s collection of Trojan antiquities. Highlights are the bust of Egyptian Queen Nefertiti, a 700,000 year-old axe head from the earliest Stone Age and precious silver vessels thought to be from ancient Troy.

The Altes Museum is the oldest of the five museums on the Museum Island. This striking neo-classical building houses ancient artefacts from the Greek, Roman and Etruscan eras and is home to rotating exhibition. 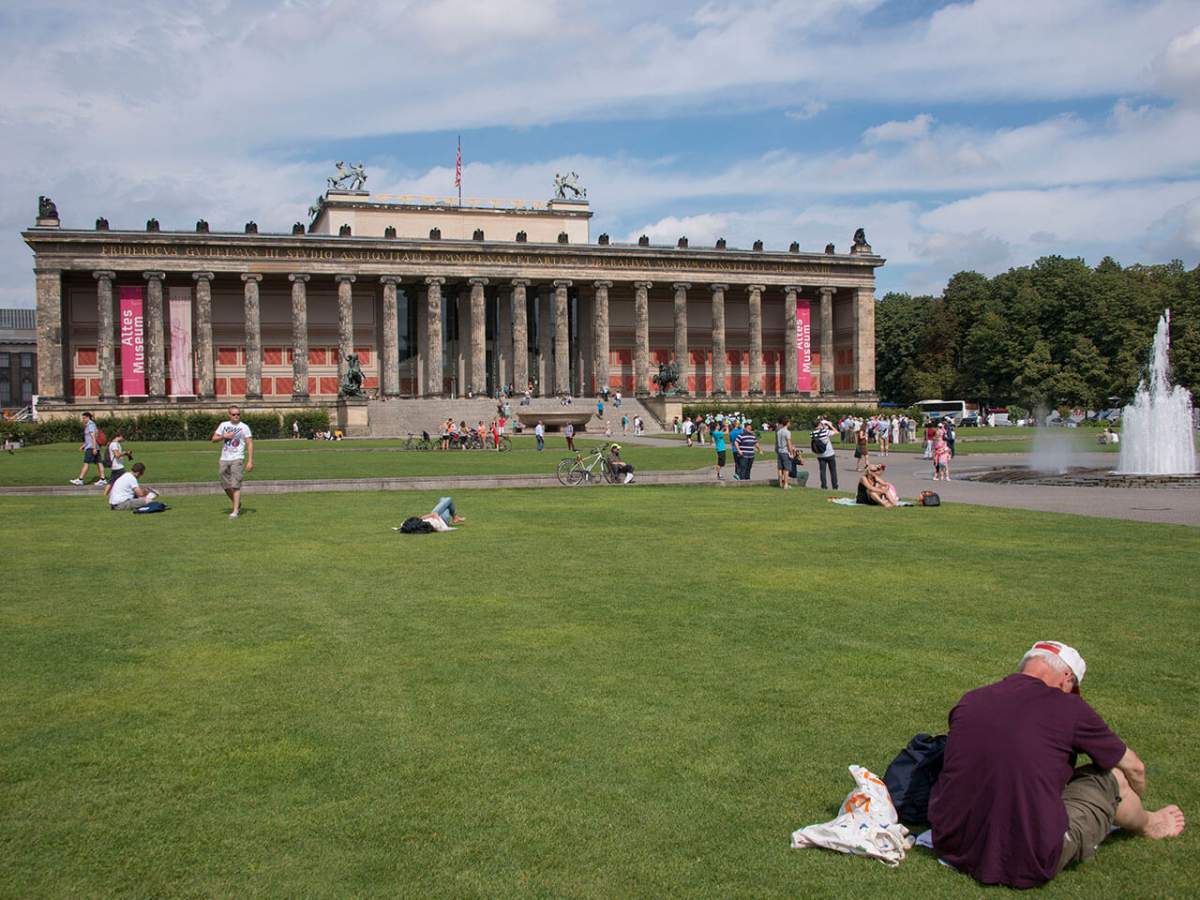